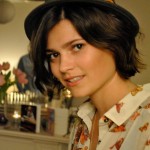 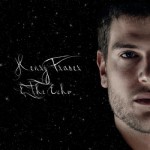 Henry Fraser
I am eagerly awaiting the return of these two artists. They performed here in June 2015 (see this gig) Hattie Briggs is a Gloucestershire based singer-songwriter and BBC Radio 2 Young Folk Award Nominee 2014.  The 22 year-old quit Oxford University in the 2nd year of her Russian degree to concentrate on her musical career in January 2014.  Since then, her music has been played on TV, on BBC Radio 1, 2 and 6Music as well as many regional BBC radio stations.  She released her debut album ‘Red & Gold’ on 6th April 2015 with a single ‘A Beautiful Mind’ on the same day.  The album includes a cover of Eva Cassidy’s version of ‘Fields Of Gold’, produced by Eva’s brother, Dan Cassidy, who also plays a violin solo on the record. (Click here to go to the dedicated ‘Red & Gold’ page where you can read the latest reviews including Q magazine, the Maverick & R2, and order the album.)Henry Fraser   An Australian, now based in London, Henry loves to play with different genres and sounds.   Henry launched his first solo EP, “Quickly” in March 2012.  “Quickly”, takes a distinctly folk bent.  It is a cosy little thing, full of pretty tunes and layered harmonies.  Henry’s eclectic musical upbringing includes a mix of self-taught instruments and classical singing, and he reflects this blend of simplicity and sophistication in his songwriting.  An arresting, intense performer, Henry’s regular appearances in Sydney, London and Oxford have gathered him a loyal and growing fan base.  Henry began playing duo sets with Hattie in mid 2013 and features on 3 tracks of Hattie’s debut EP, “My Shepherd’s Hut.”   Henry now plays with Hattie and Asha at many of the gigs all around the UK and features on the new album. For more info go to: www.henryfraser.com.

This entry was posted in 2015, Other and tagged in #keepingitlive, blues, live, original, rock.