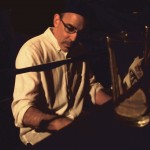 Kenny is the bluesiest jazz piano playing singer-songwriter I know. He performed here two years ago and nailed it. At eight years old, upon being asked whether he’d practiced this week’s piano lesson, Kenny said, “yeah…but HERE’S what I wrote.” Since when he has gone on to write for film, TV and accumulated fans  like David Crosby (Stills&Nash) and multi-award (Oscar and Grammy) winning Will Jennings, he has huge respect amongst artists the World over. His lyrics are intelligent, funny and his music reflects the enormous gray matter from which he writes. Supporting Kenny tonight and making his debut will be Ike Greenwood. Also on keys with some of his own material and some you may know, either way Ike is just 14 years old and someone to watch.