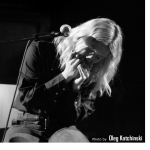 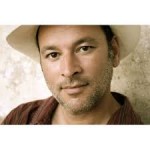 Beth is an artist I have followed and known of for a few years. She has appeared on stage with some giants of the music world including Burt Bacharach, David Arnold (James Bond) and as Angelo Badalamenti‘s personal guest (David Lynch’s right hand man) at Ghent film Festival. 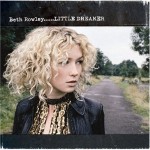 (nominated for a Brit Award) her much awaited second album is just around the corner!  This is such a coup for The Drawingroom as Beth has only performed at handful of select sell-out shows each year. The last time I saw this British Blues and Soul singer/songwriter, was in front of 20,000 people. Beth told me ‘I’ve been close to releasing new music a few times, but it hasn’t been ready so I’ve waited.” Recently she teamed up with the acclaimed Producer  Abrahams, (Paolo Nutini, Nick Cave and Brian Eno) she continued “Now, working with Leo I feel like its finally ready. I cant wait to start performing it live’…so this is a pre-album, preview gig and only those in the know will be here! Opening for Beth on the night is a Drawingroom darling, Mark Abis, an artist in his own right whose music was made famous in Buffy the Vampire and Mark is one of Three Pilgrims: Mark was described as ‘one to watch’ by rock legend Joe Boyd (Nick Drake, Pink Floyd, REM) “My vote for one of the best of the new generation.”

This entry was posted in 2015, Other and tagged in blues, live, original, rock.