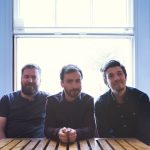 are coming to Chesham,  folk/indie mix Mumford and sons with Cold play. You will have heard their music (try this)even if you are not yet familiar with their name. Vulnerable, honest, ethereal, they’ve been compared to Athlete, Ben Howardand The Swell Season, and their self-titled debut EP earned them airplay across the UK and beyond.

Mentioned at the 2014 International Songwriters’ Competition There are lush vocal harmonies over their rustic instrumentation, with heartfelt lyrical storytelling, driving melodies and passionate performance, They are such a band to watch.

They’ve captured the imagination of large festival audiences, and come to us directly having appeared at a major festival in the midlands and have received  a huge amount of airplay by Radio 2 with follow up live sessions booked.

All ticket prices include a home cooked meal!