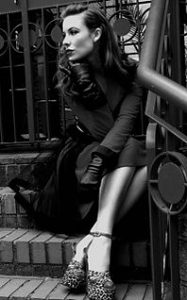 The legend that is… Tom Baxter

Tom’s first two albums – “Feather & Stone” and “Skybound”  achieved broad critical and public acclaim. Tom disillusioned by the industry then took time out in India, a chance meeting with another Drawingroom darling Estas Tonne helped Tom to rediscover his passion for the guitar and love of song-writing, for which we are immensely grateful, bless you Estas.

Tom writes, plays, sings and delivers with power and clarity making an extraordinary delivery. His songs inspired by Rumi, life, love and loss have  been played  extensively across the world, not least all over Radio One and Two …used in films and TV…and at six foot something, he’s a hunk of a man…sadly girls, he’s spoken for, but you can still swoon your night way whilst he serenades you. Want to come? Mail Me

Mesmerising, mysterious and carrying a bold femininity in her style and sound – she has to be one of the sexiest girls to have played here. She oozes the most naturally endearing charm, Stephanie O is a singer-songwriter and musician from London. She performed here earlier in 2016 and broke every heart. She really is very special, very gorgeous….I’d pay the same ticket price to see either of these artists, and know I’d got a bargain.

Known as Stephanie O or by her full name Stephanie O’Brien – she was founding member of the World famous Universal signed pop-harmony band The Puppini Sisters; before leaving several years later with a drive to strike out on her own. She’s performed on the same stage alongside artists such as Michael Buble, Carole King, & Cindy Lauper and toured all over the world; her eclectic influences and experiences percolate her music. Like all the greats, she cannot be pigeon-holed, she is uniquely Stephanie O! Want to come? Mail Me